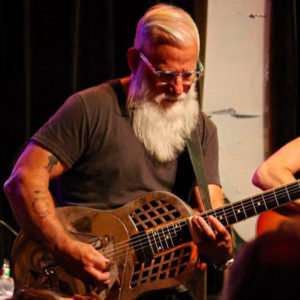 “Jack Shawde, whose fluency and imagination as a player, producer and arranger make him one of the regional music scene’s indispensable people.” – Sun Sentinel, Ft. Lauderdale, FL.

Jack Shawde is one of the Southeast’s most in-demand performing and recording musicians, and producer. In addition to being a craftsman of the electric guitar, nylon string and steel string acoustic guitar, Jack also plays the mandolin, resonator ‘Dobro’ style guitar, lap steel, dulcimer and banjo.

Throughout his career, Jack has performed, recorded or toured with such legends as Bob Dylan, Dr. John, Paul Butterfield, Richie Havens, Stan Lynch (Tom Petty), Al Cooper (Blood Sweat & Tears), Bo Diddley and Chuck Berry. Jack has performed and recorded all over the world, including accompanying Enrique Iglesias at the Latin Grammy Awards, which were televised live to a world-wide audience of 10 million.

Prior to ‘Wonderlight,’ Diane released her tour de force album ‘The Great Impossible.’ It was another co-production by Jack & Diane and mastered by Greg Calbi (Bruce Springsteen, Aimee Mann). Songs from Diane Ward’s CD ‘The Great Impossible’ were featured in the 2013 independent film, ‘Calloused Hands.’ Previously, MTV took notice of the album and licensed it in its entirety. The producers of the Academy Award nominated film ‘Crash’ featured one of Diane’s songs on the premier episode of their TV series, ‘Angela’s Eyes’ broadcast on the Lifetime Channel & several songs from ‘The Great Impossible’ were also featured in the Award-winning documentary ‘Blindsided’ which aired on HBO.

Pre-production work has begun on the latest Diane Ward CD, which Jack and Diane are co-producing. Stay tuned for updates!

Jack’s recent production credits include Karen Feldner’s latest CD, ‘Take My Heart and Run’ (on which Jack plays numerous instruments), and singer-songwriter Jim Wurster’s Americana album entitled ‘Straight To Me.’ Jack is currently producing and playing on a batch on new Karen Feldner songs, as well as the new CD by singer-songwriter Darrell Arnold.He also appears on several tracks of the new Edison Project CD featuring LA based songwriter, Karma.

Jack would like to thank Eric Zidovec at Indigo Amplifiers for providing such wonderful guitar amps, and to Cliff at Destroy All Guitars for providing other great amps by Little Walter Tube Amps, Todd Sharp Amps, Lazy J Amps, Glaswerks Amps, and Louis Electric Amps. Jack also plays Carr amps and Welagen amps, as well as wonderful guitars by Dennis Fano, Charles Whitfill and Tom Anderson. And Sage Benado at Benado Effects makes some killer sounding effects pedal boards ! I am honored to be playing such outstanding gear, and thank you for including me in your families !! You make me sound good !!
If you are interested in using Jack’s services, please email him at jack@jackshawde.com or contact him thru Facebook.