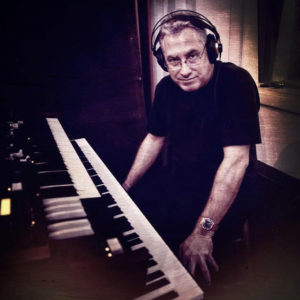 Keyboardist, multi-instrumentalist, composer, and producer Bob Taylor has worked successfully across genres and in a broad array of contexts, from backing iconic musicians to writing music for film and TV.

Throughout it all, his instinctual creativity has been a key asset. “My approach is organic, I try not to impose myself on what’s happening musically, and, instead, let what’s happening dictate what I play.”

Taylor’s intuitive musicality has enabled him to traverse such diverse styles as rock, pop, world music, jazz, reggae, bluegrass, funk, soul, and blues. With such an expansive palette, Taylor has been able to compose music for production libraries, and television shows and films such as The Fresh Prince of Bel-Air, Saturday Night Live, Sex in the City 2, and Things to Do in Denver When You’re Dead, among others. He’s also worked with a broad cross section of artists, including reggae legend Marcia Griffiths of The I-Threes, Jamaican guitarist Ernest Ranglin, pop icon Buster Poindexter, and Grammy®-winning guitar virtuoso Brian Stoltz (Neville Brothers, Funky Meters). Back home in South Florida, Bob Taylor has gigged and/or recorded with such beloved artists including, Diane Ward, Dark Horse Flyer, Groove Thangs, Shack Daddys, Raiford Starke, and Native-American singer/songwriter Chief Jim Billie.